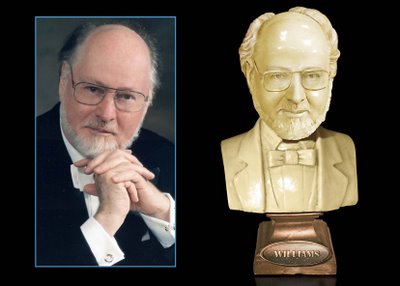 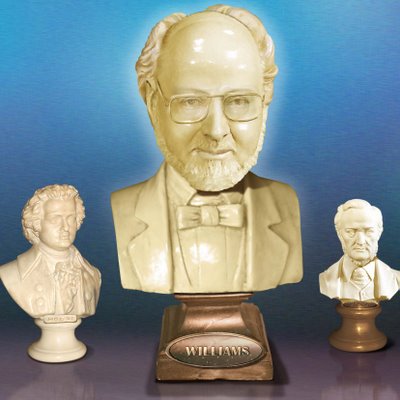 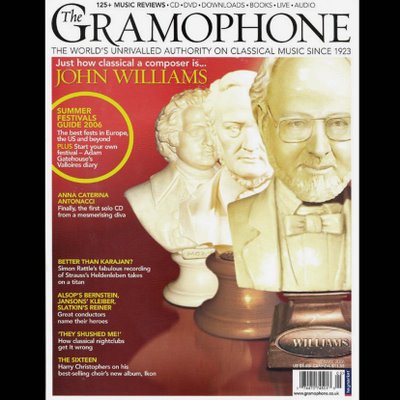 GRAMOPHONE MAGAZINE COVER
I almost forgot to include this one!
I produced it a couple of months ago for the cover of Sony’s The Gramaphone magazine.
I was asked to turn a colour photograph of the modern composer John Williams into a traditional and old fashioned, marble bust and add him alongside two of the musical giants from history.
This provided a challenge, which I usually respond to.
First of all I desaturated the colour photograph and then began cutting, cropping and blending chunks of the image to give me a more straight-on view.
I then sourced various marble busts, took reference photographs and began carefully to capture textures and highlight information from these photographs and use them judiciously to alter the original photograph.
Then all that remained was to create a few bases in Form Z and add names below the set of three composers.
Click on an image to supersize.
Images strictly copyright ©.