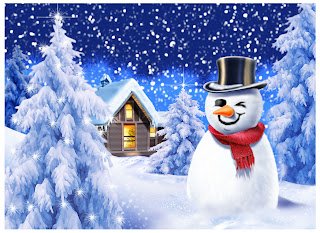 •SEASON’S GREETINGS
A late rush on Christmas images – particularly “e” cards for various companies, kept me busy right up until last week.
Here’s an adapted design I did for for a major insurance company.
From Hot Frog Graphics, me and my invisible friend (I’d go mad without him) wish you all a very Merry Christmas and a Happy New Year.
See you in 2009. 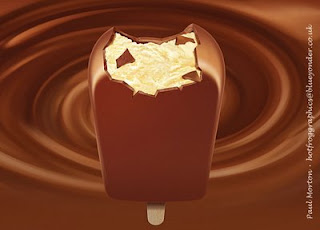 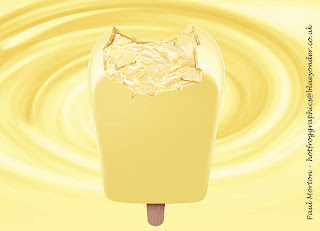 • MMMMMY MAGNUM OPUS
Actually it’s not a Magnum, it’s a leading supermarkets own version of the cult classic. It tasted just as good tho, as I had to, just had to, eat 3 or 4 of them after photographing the product, as they dripped dollops of creamy ice cream and dribbled smooth milk chocolate. Read this in the voice of Nigella Lawson and you get the picture.
Not done one of these for a while so it was good to get back into some photo-realism.
Have you ever realised that, close up, there’s no difference between the texture of ice cream and mashed potato!
Please double click to get an even more enticing view of the product but remember that an ounce past the lips is an inch on the hips – and it’s copyright. © 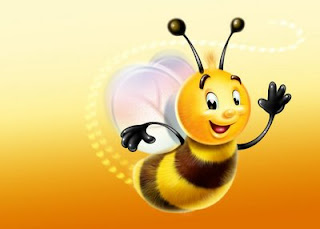 • BEERS AND BEES
Another busy couple of months and a diverse range of work.
Some of the images that never made it onto blog fame featured a frog for a website in Hawaii, a bottle label design for a new range of beers, a children’s game featuring turtle shells and a little polar bear character for a Croatian food company.
Here are some of the designs and illustrations that I would like to show you.
The three beer clips have been updated for Wentworth Brewery, and all being well, ie if they can stretch to the costs, these will be manufactured in acrylics and plastics to resemble metal and glass in full 3D. They should look fantastic.

The second posting is another little bee character, this time for a publisher in the States. It was intended for a set of math book covers but it came in second place to a much simpler, vector-style illustration. But I still like it and I’m sure we’ll see more of it later.
Remember to double click an image to supersize it. All images are strictly copyright ©.