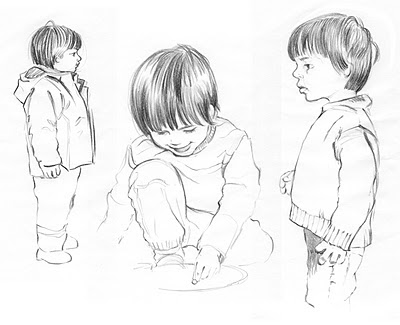 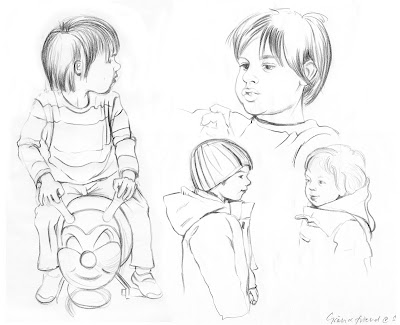 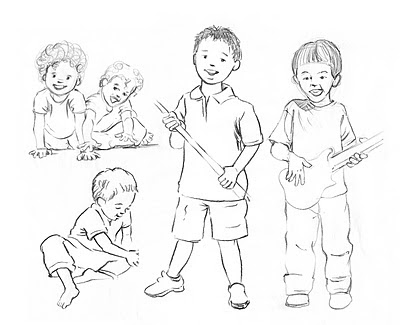 •SKETCHBOOK WORK
Between commissioned work I like to find time for using my sketchbook/notebooks. I’ve always carried one of these with me ever since leaving college and it sometimes becomes my second brain.
Ideas are jotted down and developed, stored – like in Dumbledore’s pensive – and surprisingly re-discovered and used years later.
At the moment I want to draw children, and in particular one little boy. This is for a wordless Picture Book I’m working on, set in a garden.
I need to draw and draw until the shape of the limbs, the folds and bulk of the clothes and the expressions, come naturally to me.
These are some early examples from the last 2 weeks, I’ve a long way to go before becoming close to Shirley Hughes!
I’m in the process of creating a widget on this blog that will take viewers over to a sketchbook section on Flickr. Meanwhile should anyone be interested (or actually be reading this) here are some of my older sketchbooks