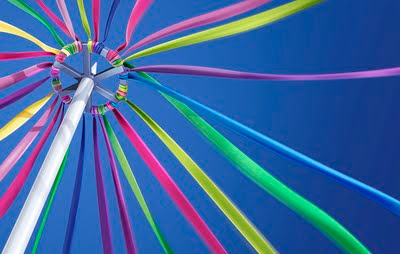 •EASTER POSTERS
These giant posters (the vertical one is 5 metres tall) will be seen in the shopping mall at Milton Keynes over the Easter break.
The Mac slows down a bit when processing such large images so in order to keep working efficiently I had one job ongoing on the iMac and the other on the G5 and between them they coped admirably.
I suppose there’s a good argument for working in vectors on such mammoth illustrations but over the years I’ve moved away from Illustrator and work almost exclusively in Photoshop, Painter and Form Z.
I think it’s easier to ‘paint’ realistic forms rather than trying to create them mathematically with blended vectors. But then you’ve only to see some of the best vector artists’ work to realise that if you’re at the top of your profession and you know what you’re doing it is possible to achieve almost any effect.