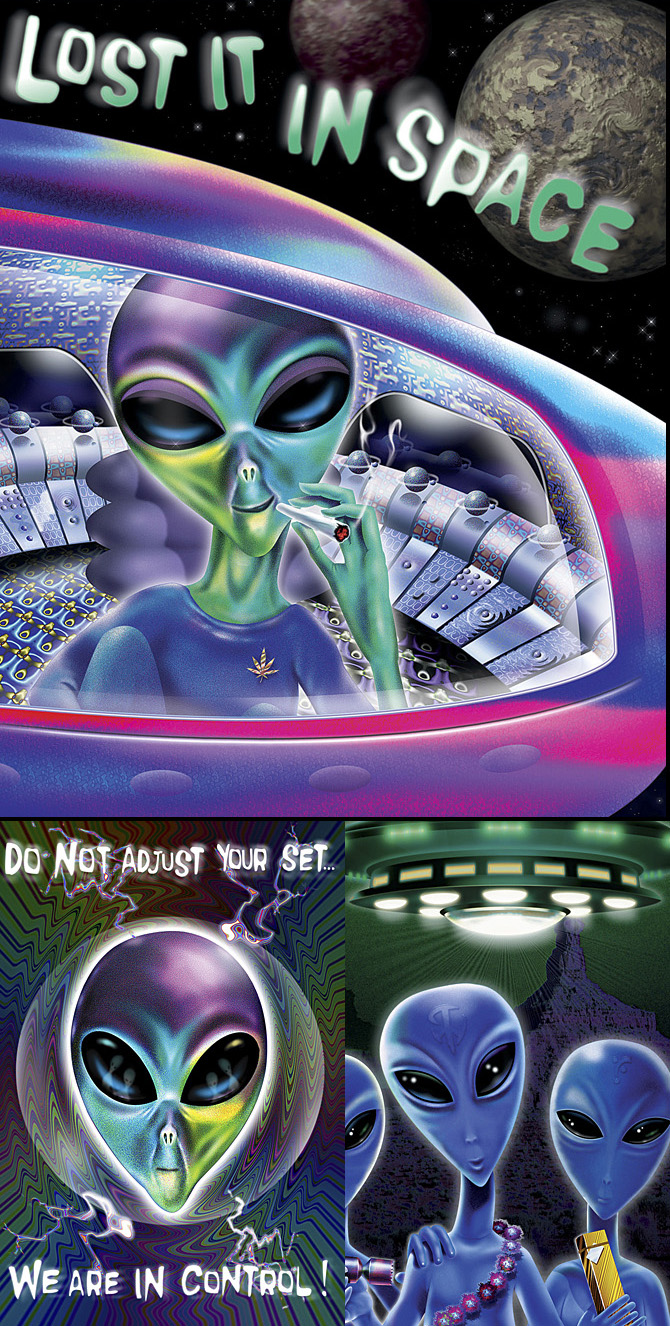 The idea was suggested to me by GB Posters and they printed the first run that was subsequently reprinted over and over.

It was then bought by Raven in the States and took on a whole new life on their merchandise.

It has also spawned a whole new batch of ideas and images for me and the alien theme lives on.