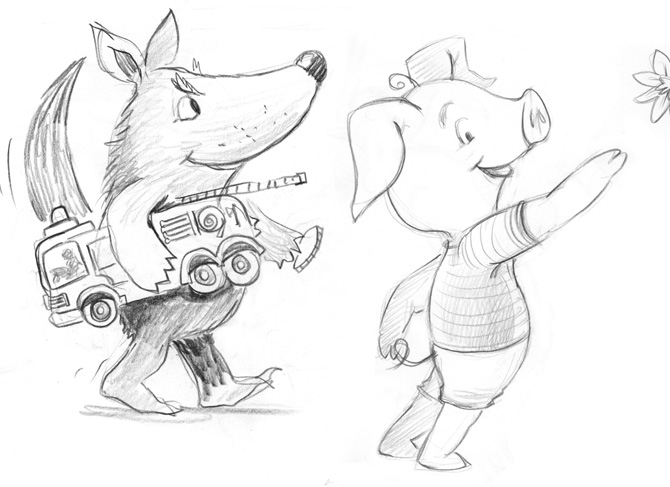 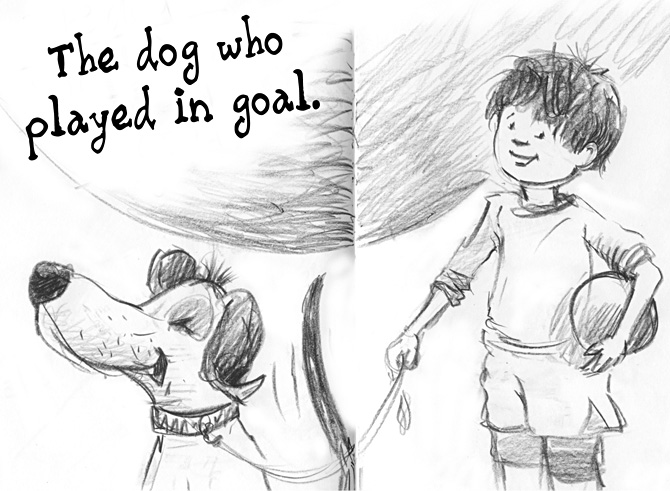 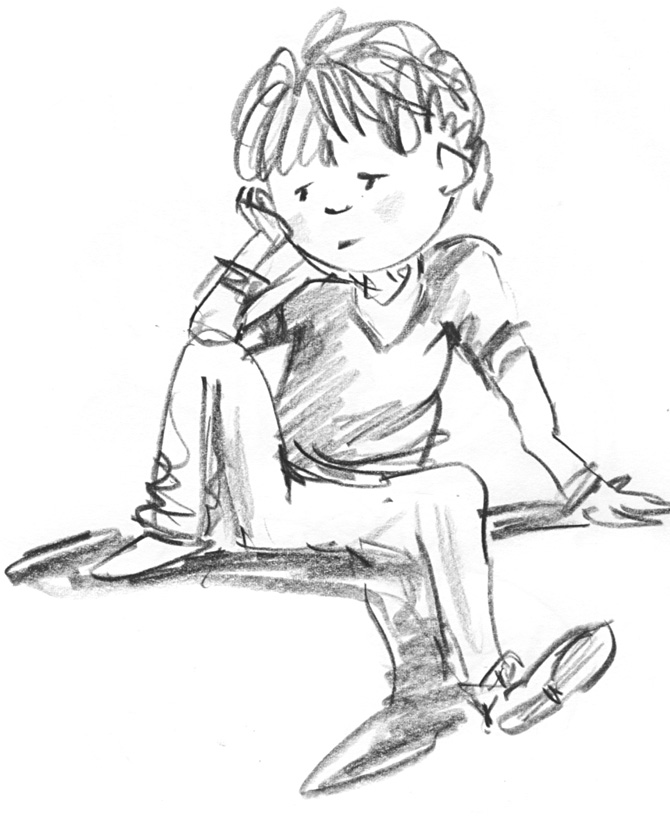 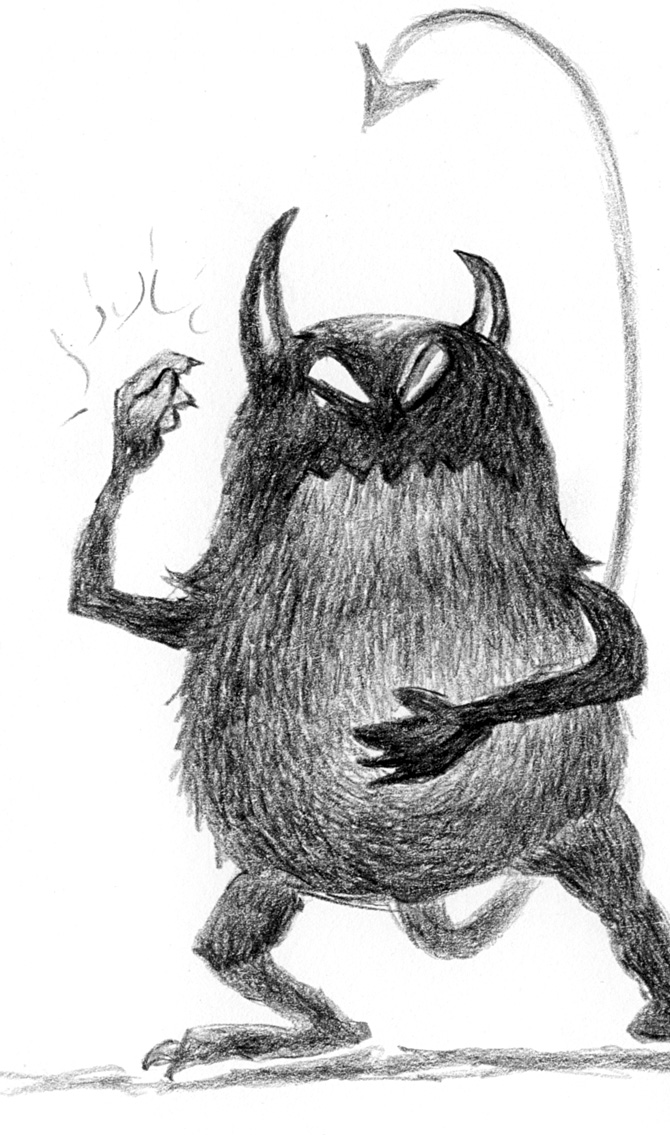 Recent sketches include Wolfy and piggles from an ongoing PB idea based on a true story that happened to me (I’m the little pig!)

Then there’s the intriguing idea of the dog that played in the nets for Elsecar Villa. This is the nub of an idea that needs expanding upon.

‘Glum’ was me trying to capture some emotions in a quick sketchy style. In order to achieve this I often leave a notebook open in strategic places and as i’m passing I’ll just quickly grab the pencil and draw. This prevents and overcomes the freeze-up that can often happen when you make a special time and place to sit and do ‘proper’ drawing.

Finally in this batch there is free doodling, and this resulted in the slightly Maxfield Parrish-like vista that is home to the bedevils, followed by a character study of one of them. It was a d*vil to get him to pose long enough to get the likeness down on paper.

After scanning these for my blog I took the notebook on holiday and then went and left it on the plane!

Hopefully someone will have handed it in the Lost Property.